If you don’t know me very well, you may not know that as well as being a writer, I also run a soft fruit farm with my husband. Last year, the world of words and the world of fruit collided in the most serendipitous way.

I was asked to do  an event with author, Jo Cotterill at the  Edinburgh International Book Festival. We put on a pretty good show – and had a ball – so when she asked me if she could come down to the  farm to research her new book, A Storm of Strawberries, I didn’t hesitate to say yes.

I told Jo all about the realities of farming ( she captures the distracting stress of the parents in her book brilliantly) and we had a tour around so she could see what a hi-tech business soft fruit growing is now – although still very much at the mercy of the weather- storms are very frightening and quite often, very expensive – here’s a post I wrote after a real life storm on our farm.

Narrow escape for the greenhouse 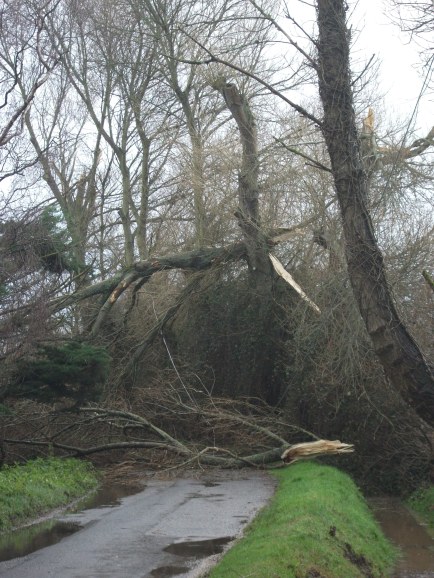 But you will have to share your desk space.

We were just having another cup of tea when something horribly sad happened.  My husband came in to tell me he’d found  my adored young cat, Pike,  dead in our driveway.

I raced to my cat and as I picked up his little body, trying to puzzle out what had happened,  I felt a hard  pellet under his skin. Somebody had shot my beautiful Pike with an air rifle. I was heartbroken. Pike wasn’t very clever but he was incredibly friendly. He was so loving, in fact, that it was hard to get any work done because of his demands for cuddles. Here’s a video I made, after he’d died:

I brought Pike home, wrapped him up and tried to finish giving Jo all the information she needed for her book – she’d travelled a long way and I didn’t want her to have wasted her time. When she left, I took Pike to the vet so they could confirm what I suspected. Yes, indeed, someone had deliberately taken his life. I reported it to the police – it is a crime – and they took it very seriously. I wrote an open letter to the killer that was shared far and  wide and even made the radio and the press  but we never found out who  had done such a horrible thing.

We buried Pike in our garden and one of my lovely friends  sent me a cherry tree to mark the spot where he is. I still miss him, it’s rare to have such an adoring little creature land in your life, but I’m grateful I had a little while with him.

Then Jo’s book came out, A Storm of Strawberries,  and right on the cover, is the silhouette of a little cat, my little cat.

Not only that, at the end of the story – which, by the way, is a story so full of love and heart  it near made mine burst – Pike gets a mention.

My funny little boy cat has been immortalized in a wonderful story.

This weekend  was probably the best booky weekend I have ever had for I was hosted by the marvellous folk at Edinburgh Book Festival.

The Festival takes place in a little corner of  magic called Charlotte Square Gardens. A lovely little green, surrounded by white pavillions and the rather marvellous Spiegletent. There’s a book shop, obviously, and a bar – bonus! And the folk who organise it all take the best care of their authors.  They put you up in hotels where, even the most directionally challenged (me) , can’t get lost. They give you chocolate and make sure your every need is met  – but really, what more do you need? Book lovers, chocolate and books. Can’t go wrong really.

I did an event with Jo Cotterill and was so thrilled to have a full house – Scbwi members GO GO GO! I have kind permission from the Bookwitch to reblog her write up because I can’t put it any better than she did. I even got a picture of her which is RARE INDEED:

And here’s her write up:

Unusual and Unexpected by Bookwitch

It helps to have authors who are former actors, or just plain crazy. Last night’s brilliant performance – that is the only word for it – by Jo Cotterill and Kathryn Evans was really something. The bright spark who put them together is either quite cunning or someone simply got lucky. Jo and Kathryn felt they were […]

Do read on via Unusual and Unexpected — Bookwitch

So there you go, what a weekend. It’s alright this writing lark. Just need to finish the new book and I’ll start to feel like a proper author.

PS. One tiny thing – voting for the Edinburgh Festival First Book award doesn’t close until October so there’s still time, if you feel so inclined, to vote for More of Me, my debut novel, I’d be ever so grateful 🙂